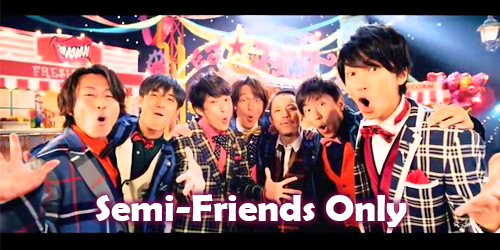 This journal is "Semi-Friends Only".
First, let me introduce myself ^_^
My name is Cheryl and you can call me "Cheryl", "Cher", or even "Cherii" is ok.
I graduated from my college in 2014, majoring Music, I'm a piano teacher, and also a fangirl of Arashi, Kanjani8, and L'arc-en-ciel <3
My other hobbies are make a fanworks such as wallpapers, icons, videos, covers, and so on.
Don't worry, all my entries are not locked. Not all of them.
But mostly all my fan-works are locked (such as wallpapers, icons, fanvid, and sometimes mp3s).
Sometimes my entries are open to public for 5-7 days. But if it's locked already, please kindly add my journal and let me know so I can add you back to view all my entries :D
I'd like to tell you that I don't have any subbed videos. Most of them are RAWs.

Please leave a comment here and give a short introduction about yourself to be added.
I'd like to know who are you, what's your name and where you come from.
I'd like to know which fan are you and who's your ichiban ^_^
My ichiban in Arashi right now is Oh-chan and the niban is Nino (it might change thou lol). I love those two but my OTP is definitely Juntoshi <3
I really adore Oh-chan these days. I really love how he always interacted and communicated with his fans by doing what the fan ask him to do. I never see an idol perform on stage while pointing out their fan, send a fly-kiss and heart-mark and also look at their eyes deeply (OMG I might faint if he does that to me lol). He also like to play Janken with his fan and sometimes he's "fishing" his fan when they wrote "Fish me" on their uchiwa lol..
What an idol xD

My ichiban in Kanjani8 is Tacchon <3
Simply because I like his smile ^_^
He has a good voice, great skills in Drumming, funny, and also good in acting.
I don't know much about him yet since I just became an Eighter not long awhile :)
Eighters, yoroshiku ne!

My ichiban in V6 is Okadacchi *_*
I love his voice, his smirk, his strong face, his acting (he should go to Hollywood really!)
And the most important is his ability in playing piano *_*
He looks so cool and his playing piano skills are superb! I can see that since I'm playing piano too!
Well, I heard his mom is a piano teacher and his piano grade in classical is advance so no wonder XD
I like his awkwardness too but also his funny random things LOL...

Why?
First, I don't want random people come and grab some of my works without I don't even know them.
Secondly, even that I'm not often post entry, I'd like to have a good "relation" with all of you <3
Last but not least, I'm far from perfect but I always try my best to share my works to all of the "real-fans".

I'm looking for the english subtitles for Higurashi no Ki by Okada Junichi.
Does the subs out already?
I've been waiting since the DVD came out on April 2015 but it's almost end of 2015 already T^T
The only subs that I found was the error one (probably done by google translate)

Does anybody knows where can I find the subs? Or maybe anybody knows if someone is working on the subs? At least some info?
I want to watch the movie so badly!
I heard the movie will be showing in Australia. So envy X'D

Helloo, who loves Arashi's new single?
OMG, so catchy! I missed this kind of music! It's like "Hadashi no mirai" and kind of "Oh Yeah!", "Happiness", well, that kind of music.

Can't wait to see the full PV! I know, some people said the PV is similar with Maroon 5 - Sugar. My brother laughed at me lol..
But, still, they look kakkoi and somehow, Sho is looking cuter! XD

Hello, I found these two and would like to share them to you all!
It seems that finding V6's videos are harder than Arashi or Kanjani8 so I wont share those two but V6.

Love their new song so much! I know some people quite disappointed with this kind of song (maybe they want a song that more like V6-style) but I love this song! Love the rhythm and the beat. I fell in love with this song after their first performance in The Music Day.
*got the video from yinyuetai 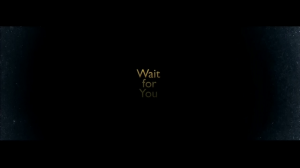 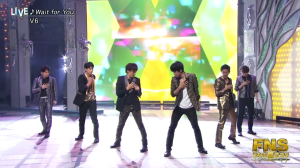 Hello, I wanna share my piano covers of Final Fantasy and Kingdom Hearts.
All of them were taken from some years ago. My old youtube account was suspended so I've re-uploaded them again. Glad I still have the videos XD
Bad quality though but well, hope you all enjoy them! Final Fantasy never olds, right? :D

I was tom-boy at that time. Short-hair, no make-up, no smiles LOL..


Those who fight from Final Fantasy VII (recorded in 2007)


Eyes on me from Final Fantasy VIII (recorded in 2010)

Minna-san, I'm looking for Okada Junichi fancam in 2002 performed "Back at One".
PLEASE, I'm looking for that video sooooo much and seemed like can't find anything which makes me so desperate.
Hopefully someone can help me. Even if the video had a bad quality is okay for me.

FOUND :D
If someone looking for this video too, PM me, I'll tell you where to find it ^^

Hello, It's my first time making a video of Sherlock BBC.
Hopefully some of you love this series just like me XD
If you haven't watch all the series (1-3), mind you that the video is containing a bunch of spoilers.

The idea was John had lost Sherlock during the end of Series 2. Then, he lost Sherlock again for the second time after Sherlock got shot (well, he's not breathing so I assume he was dead for real). Therefore, John asked for "One More Miracle"

Hope you enjoy it :)

*I own nothing. The clips and songs are not mine

Can't be this happy but I found a news about Tacchon's new drama!

Found this on instagram but somehow I can't find the further detail about this drama on google :( I don't read the manga so I don't know the exact story but hopefully his role wont be like "Otenki Oneesan" because I wan't him to be the lead xD
Well, from the cover the female must be the lead one. Maybe kind of "Nazodi"? Let's see later xD

I like Tabe Mikako since Yamada Taro so I'm so excited with this drama. After did a role as a "Do S" boss, now Tacchon will encounter a "Do S" detective lol....

I will post the further detail later after I find out :D

Hi, I'd like to share the Karaoke part from Kanjani no Shiwake (121201). I don't have the whole episode and I also don't have Yoko's, Hina's, and Yasu's :((
If someone have it, please tell me because I wanna see them so much! 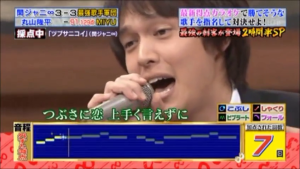 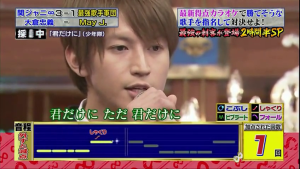 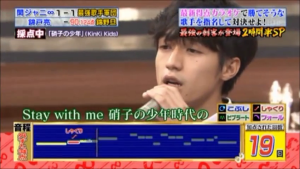 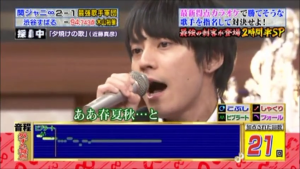 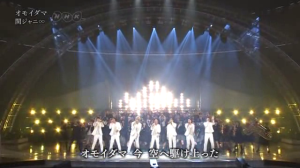